“Larry’s a great talent! His insightful, original songs are perfectly complemented by his pure tenor voice, skilled guitar, and harmonica playing. He adds funny and thoughtful on-stage banter and stories, lacing his music together for a relaxed and pleasing night of music. Go see him!” —Craig Lund, Seattle Folklore Society

Larry Murante has been performing, writing, recording, and touring regionally and nationally for over two decades. He has released four CD’s and has contributed tracks to several compilation projects—among them Seattle Performing Songwriters and Christine Lavin’s Just One Angel.

“My greatest goal in my work is to encourage appreciation of our place in the world. I work hard at my craft every day, full-time. If my music speaks to you, please consider supporting my work by coming to a show or purchasing my music.” —Larry Murante 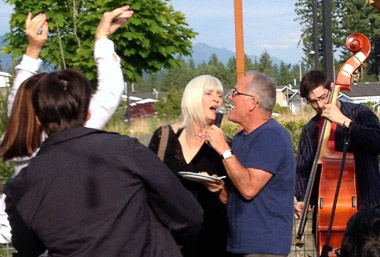 "Ready for the Dark"

Click for details. Scroll down for more dates ↓
Larry also performs in a James Taylor tribute band called, "Taylor Made."
Stay tuned for a website link and check out Larry's schedule for Taylor Made shows!
Or Get Larry's Latest Newsletter!

Winner of over 28 Awards, Including: